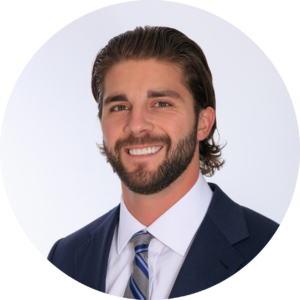 Jack Yarbrough is the newest trial lawyer to join the Schlapprizzi Attorneys at Law team, licensed in Missouri.  Missouri-born and raised, Jack is an outstanding commendable human being and friend who has accumulated quite a list of experiences in the realm of service to others.

Immediately after high school, Jack served our country for seven years through the military.  And in 2014, he was deployed to Kandahar, Afghanistan in support of Operation Enduring Freedom.

Jack received his bachelor’s degree in Personal Financial Planning from the University of Missouri-Columbia in 2015 and began working for Schlapprizzi Attorneys at Law in 2017 as a law clerk.

Jack went on to earn his Juris Doctor and Masters in Business Administration from the University of
Missouri-Kansas City School of Law.  He also interned for the legislature in Washington, D.C., worked at the Office of the Staff Judge Advocate at Camp Zama, Japan, and provided legal assistance through his Rule 13 Certification in law school.

The Schlapprizzi Attorneys at Law team could not be more excited for the promise Jack brings to our calling to serve as trial lawyers for the seriously injured and their families.